The National Sports Federation of India (NSFOI) promote the fundamental principles of Sports at a national level within the framework of sports. NSFOIs are committed to the development of athletes and support the development of sport for all programs and high performance sport in country. We also participate in the training of sports administrators by organising educational and Sports programs.

Athletics is a collection of sporting events that involve competitive running, jumping, throwing, and walking. The most common type of athletics competition is track and field, but also includes road running and cross country events.

Martial arts are codified systems and traditions of combat practiced for a number of reasons such as self-defense; military and law enforcement applications; competition; physical, mental and spiritual development; and entertainment or the preservation of a nation’s intangible cultural heritage.

Football, more commonly known as football or soccer, is a team sport played with a spherical ball between two teams of eleven players. It is played by 250 million players in over 200 countries and dependencies, making it the world’s most popular sport.

Kabaddi is a contact team sport. Played between two teams of seven players, the objective of the game is for a single player on offence, referred to as a “raider”, to run into the opposing team’s half of a court, tag out as many of their defenders as possible, and return to their own half of the court, all without being tackled by the defenders, and in a single breath

Volleyball is a popular team sport in which two teams of six players are separated by a net. Each team tries to score points by grounding a ball on the other team’s court under organized rules.[1] It has been a part of the official program of the Summer Olympic Games since Tokyo 1964.

Get Directions On google Map of National Sports Federation of India (NSFOI) for visiting office. 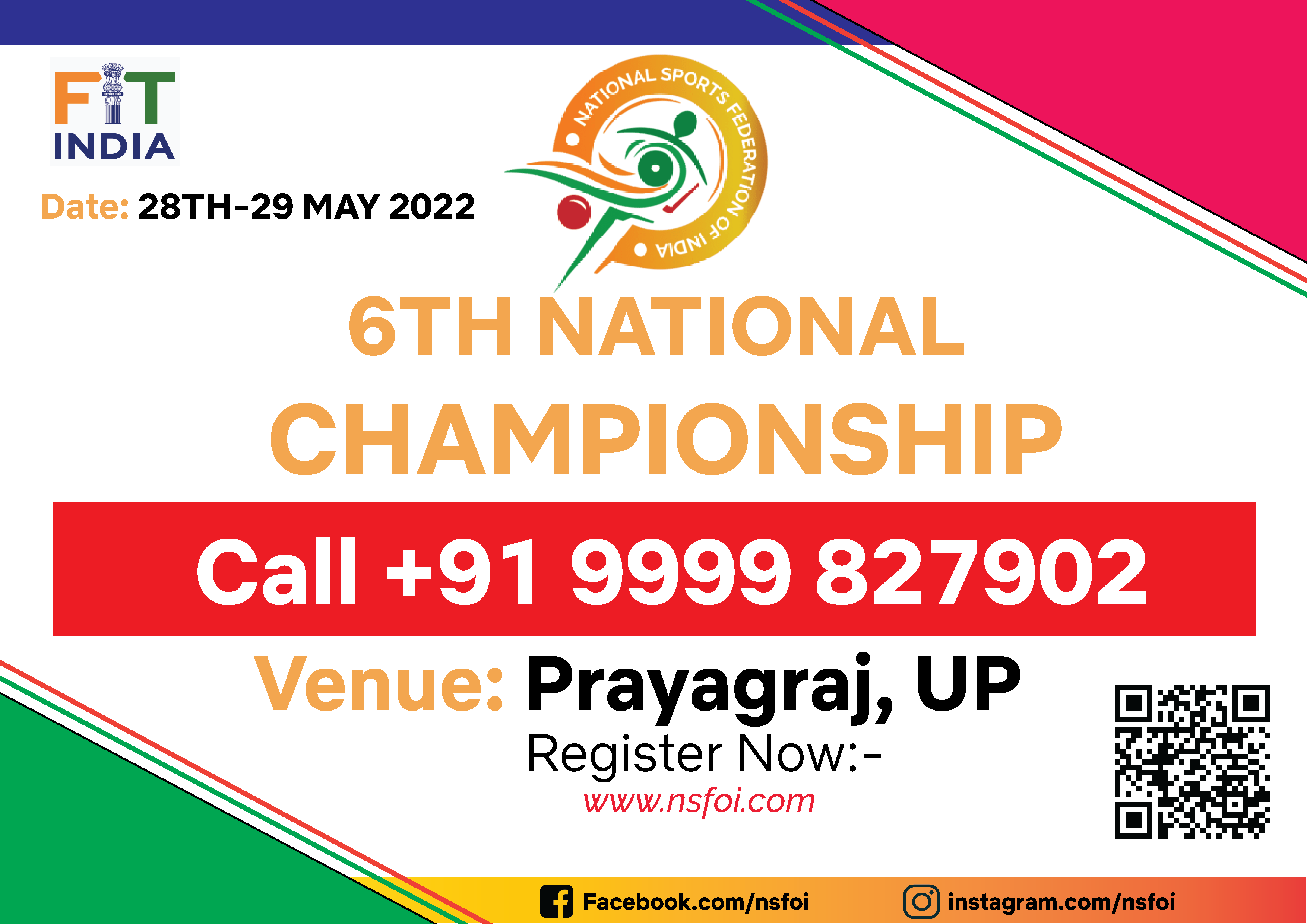